Are you looking for:

Runners Gear Up for 21st Angkor Wat International Half Marathon

2016, Siem Reap, Cambodia – On December 4, thousands of runners from around the globe will wind their way through the Angkor Archaeological Park in Siem Reap, a UNESCO World Heritage site, as they take part in the 2016 Angkor Wat Half Marathon. This year is the 21st anniversary of the world famous race.

Sponsored by Manulife and organized by the National Olympic Committee of Cambodia (NOCC), the race aims to promote health and wellness and raises funds for organizations that support underprivileged children and victims of antipersonnel mines in Cambodia including the Kantha Bopha Childrens’ Hospital, the Angkor Hospital for Children and the Cambodian Red Cross.

Nary Ly, who made history when she became Cambodia’s first female long-distance runner to compete in an Olympic Marathon at this year’s Olympics in Rio de Janeiro, will participate in the event.

“This year, we look forward to celebrating the 21st anniversary of the Angkor Wat International Half Marathon, and with Manulife’s strong support, I have no doubt that we will provide an extraordinary running experience for all the runners coming from around the world. We run for health, for wellness and for the local communities that need our support the most,” said His Excellency Vath Chamroeun, Secretary General of the NOCC, and Under Secretary of State of Ministry of Tourism.

“I would like to thank Manulife for helping make the half marathon one of Cambodia’s largest fund raising events to support disadvantaged children and people with disabilities.”

This is the second year that Manulife is the principal sponsor of the event since it signed a five-year sponsorship contract with the NOCC in July 2015. Last year, as part of the sponsorship, Manulife donated USD 25,000 to the Angkor Hospital for Children.

“We are proud to have this unique opportunity to support such a great event. After four years of operations in Cambodia, we remain committed  to building a better financial future for Cambodian families. We believe that the health and wellness of our customers are the fundamental factors that help us achieve this vision. So, supporting an event that promotes health and wellness like the Angkor Wat International Half Marathon is the perfect alignment to our long-term goal,” said Robert Elliott, Chief Executive Officer and General Manager of Manulife Cambodia.

Around 500 runners took part in the first ever Angkor Wat Half Marathon in 1996 and the numbers have continued to increase each year since then. Last year a record 8,493 runners from 75 countries ran the event, a key driver of tourism in Cambodia. 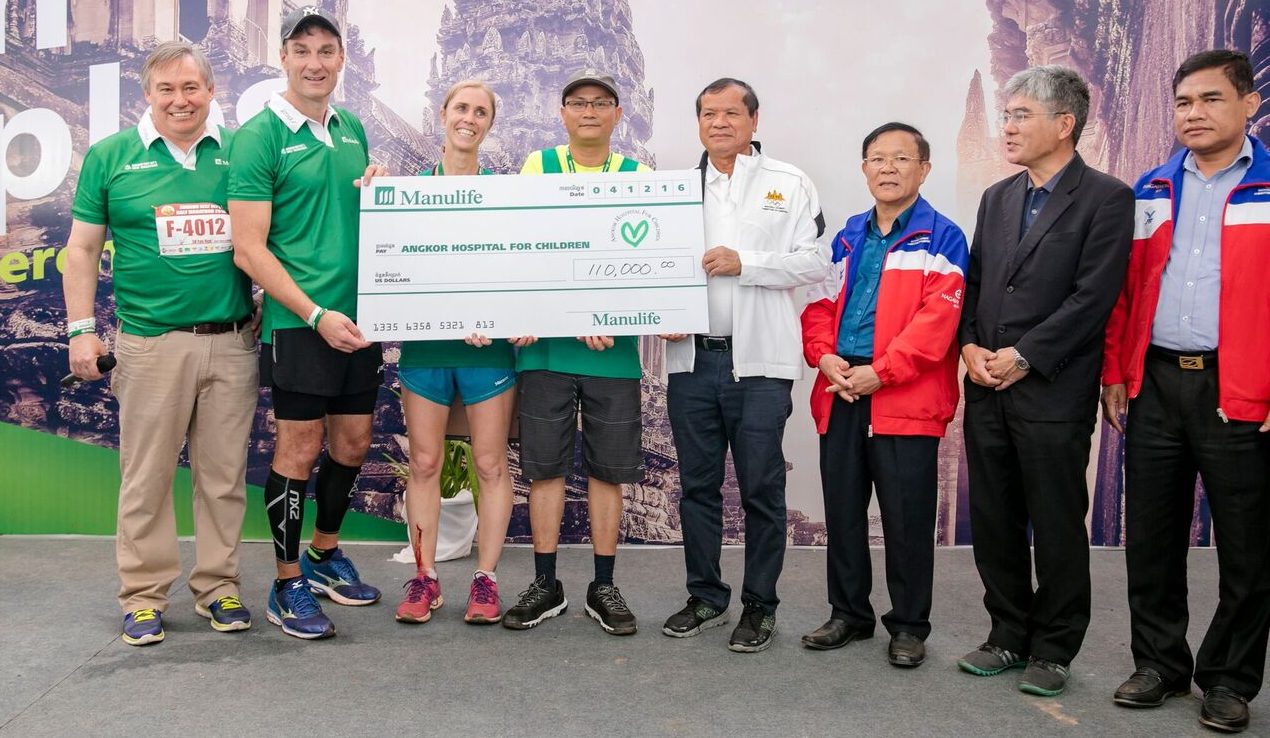 The Manufacturers Life Insurance Company and its subsidiaries.